Japanese pop-metal band BABYMETAL has released the official lyric video for “Monochrome”, the second single from the forthcoming concept album “The Other One”, due out on March 24, 2023.

Last year BABYMETAL was “sealed” from the world after a successful 10-year journey. In April 2022, “The Other One” restoration project began to recover the BABYMETAL we never knew existed within a virtual world called the Metalverse. A total of 10 songs have been discovered within “The Other One” restoration project, with each song representing a unique theme based on 10 separate parallel worlds that they have discovered.

One of the discovered 10 parallel worlds is “Cavalry”, and the LP’s first single, “Divine Attack”, centers around this theme. As if this song is a hint into the future, alluding to a cavalry preparing for their next battle, we can feel a new sense of power from not only the sound but also the lyrics that have been written by Su-Metal for the first time. In addition, the official visualizer includes never-before-seen cuts of the members from “The Other One” — Black Box — and conveys the power and dynamism of the song. Five pre-release digital singles will be available worldwide for download and streaming, each respectively scheduled to release in October, November, January, February, and March.

After BABYMETAL makes its official return on January 28 and January 29 of next year at Makuhari Messe International Exhibition Hall, they will also be joining Swedish metal band SABATON on their Europe tour in April 2023.

BABYMETAL was formed in 2010. Their mission was to unify the world through heavy metal by creating a fusion of heavy metal and the Japanese pop genre. Their music contains a stunning mix of electronic pop, a pinch of alternative and industrial rock, and is leveled up by fast-driven heavy metal. Their live shows are ground-breaking and epic visual as well as sound performances. BABYMETAL continued to travel the path of metal with the international release of their three albums, telling the story of the mighty Fox God and his brave metal warriors.

A book about the first ten years of BABYMETAL, “Bessatsu Kadokawa Souryoku Tokushuu”, was released in Japan in October 2020. It contains a long interview with Su-metal and Moametal as well as never-before-heard stories from band producer Kobametal from BABYMETAL‘s decade-long history, photos taken from live shows, a discussion between Demon Kakka and Kobametal, and much more.

DAN DONEGAN On DISTURBED’s Collaboration With HEART’s ANN WILSON: ‘It Was A Really Magical Moment’

BABYMETAL‘s third studio album, “Metal Galaxy”, came out in October 2019 via earMUSIC/Edel. The follow-up to 2016’s “Metal Resistance” was based on the concept of “The Odyssey Of Metal Galaxy”.

In 2018, BABYMETAL announced the departure of Yuimetal, who was formerly one of the members of the Japanese group’s core trio. She exited the band, explaining in a statement that she would go on to pursue a solo career as Mizuno Yu. 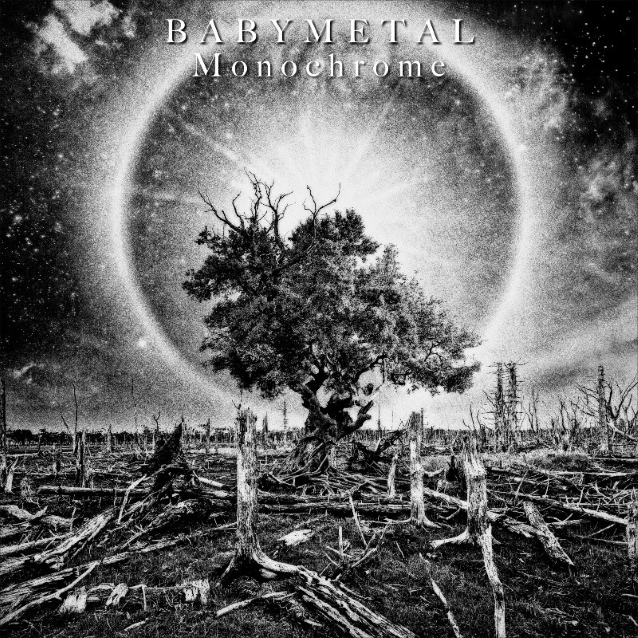