Arcade Fire’s Win Butler faces accusations of sexual misconduct — from sexual assault to unsolicited sexting — from multiple women between 2016 to 2020.

In the Pitchfork report, four woman — three of whom were “devoted” Arcade Fire fans between the ages of 18 to 23 at the time of meeting Butler — detailed their allegations against the singer, who has been married to Arcade Fire band mate Régine Chassagne since 2003.

Butler admitted to the extramarital relationships in a statement to Pitchfork, but insisted that all of the sexual encounters were “consensual.”

“Lily,” who is gender-fluid and uses they/them pronouns, said they met Butler at a Montreal concert in 2015 and struck up a friendship. However, following a Feb. 2015 dinner, Butler allegedly stuck his hands into Lily’s pants without consent; in a response to Pitchfork’s report, Butler claimed he only put his hand on Lily’s inner thigh. Butler and Lily kissed at the end of the night, but “I did not ask for it. I did not reciprocate. It was very short and uncomfortable because it was so bad,” Lily told Pitchfork.

Two days later, Butler showed up Lily’s apartment, where “he pinned me up against the wall and was aggressively grabbing my body and sticking his tongue down my throat,” Lily said. “It was an attempt to be sexy, and it was so not OK in the context.” 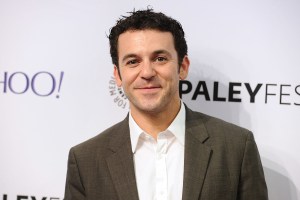 Three more women, all Arcade Fire fans over a decade younger than Butler, each shared how Butler sought them out over social media; the online conversations between the fans and the singer eventually turned into in-real-life meetups and nonstop requests for each women to send him explicit photos. (Butler reportedly also sent unsolicited nude photos of himself to one woman.)

“Win butler asked me for nudes and tried to sext me. And I told him I was really uncomfortable with that,” one of the woman, “Stella,” wrote in a 2016 Facebook chat. “I don’t really know what to do now. He keeps texting me. Over and over.”

8 New Albums You Should Listen to Now: The Mars Volta, the Beths, Stranger Things’ Joe Keery, and More

Another woman, “Sarah,” told Pitchfork of her 2018 online interactions with Butler, “I did everything because it was him,I don’t like doing any kind of video stuff, especially sexual stuff. I remember being so nervous and so ashamed that I did it. I’d be like, ‘I don’t feel well.’ And he’d be like, ‘Send me a picture right now.’ He used me, basically, as his personal therapist, and easy way to get sex over the phone. The FaceTimes would be strictly: he gets off, hangs up. I felt sick every day after I did it.”

“Fiona,” who Butler reached out to after she was front row at an Arcade Fire concert in Montreal, similarly had one interactions with Butler before having in-person sexual encounters with the singer; after one sexual encounter in Vancouver the night before an Arcade Fire concert in that city, Fiona claims she attempted suicide. “I felt incredibly low,” Fiona said. “The toll of having to keep everything secret, constantly pushing my needs aside in order to appease him, lack of boundaries, and the guilt of being the other woman was getting too hard to ignore.”

Responding to Fiona’s allegations, Butler acknowledged he knew about the suicide attempt but says Fiona told him “it was unrelated to me, she was suffering from mental illness.” However, Fiona countered, “It was absolutely related to him.”

The four women in Pitchfork’s report did not initially know each other and only connected after each shared their experiences with Butler in a Reddit post. “Sexual predator – from when I was an 18 year old fan girl,” Fiona wrote in an Instagram Live story in 2020, the screenshot of which fueled the Reddit post. “He would constantly try to coerce me into sexual encounters and sending nude photos of myself and sending unsolicited nude pictures of himself after I repeatedly told him I was not interested. He would not leave me alone and texted me from different numbers after I blocked him. Never once asked for my age either.”

In a lengthy statement to Pitchfork, Butler admitted “I have had consensual relationships outside of my marriage,” however, “I have never touched a woman against her will, and any implication that I have is simply false. I vehemently deny any suggestion that I forced myself on a woman or demanded sexual favors. That simply, and unequivocally, never happened.”

“While these relationships were all consensual, I am very sorry to anyone who I have hurt with my behavior. Life is filled with tremendous pain and error, and I never want to be part of causing someone else’s pain,” Butler said in the statement.

“I have long struggled with mental health issues and the ghosts of childhood abuse. In my 30s, I started drinking as I dealt with the heaviest depression of my life after our family experienced a miscarriage. None of this is intended to excuse my behavior, but I do want to give some context and share what was happening in my life around this time. I no longer recognized myself or the person I had become. Régine waited patiently watching me suffer and tried to help me as best as she could. I know it must have been so hard for her to watch the person she loved so lost.”

Butler added that, “I’ve spent the last few years since Covid hit trying to save that part of my soul. I have put significant time and energy into therapy and healing, including attending AA.”

Chassagne said in a separate statement, “Win is my soulmate, my songwriting partner, my husband, the father of my beautiful boy. He has been my partner in life and in music for 20 years. And for all of the love in our lives, I have also watched him suffer through immense pain… I know what is in his heart, and I know he has never, and would never, touch a woman without her consent and I am certain he never did. He has lost his way and he has found his way back.”

A rep for Arcade Fire referred Rolling Stone to the respective statements Butler and Chassagne made to Pitchfork.

8 New Albums You Should Listen to Now: Burna Boy, Brent Faiyaz, and More

What BTS Are Actually Like During Dance Practices, According To Choreographer Sienna Lalau

Im Joo Hwan Appears To Be Going To Great Lengths To Win Over Lee...