Only two short weeks lie between us and the festivities of Labor Day weekend and ARC Music Festival’s sophomore year. After putting on such an extraordinary event in 2022, the team behind ARC knew they had to step their game up to keep up with expectations. From the looks of it, they undoubtedly did, both with the lineup and now with the newly announced after parties and rare b2b sets.

Spanning across some of Chicago’s most iconic venues, including RADIUS, Concord Music Hall, PRYSM, Smartbar, Spybar, Cermak Hall, Primary, and Nᵒ9, the afters will boast artists from the festival along with a few additional names outside of it.

Detroit Love party at Spybar with Carl Craig and Seth Troxler, Eric Prydz and Adam Beyer at RADIUS, Gorgon City and Azzecca at Cermak Hall, and a Relief x Dirtybird event with Green Velvet and Claude VonStroke at RADIUS serve as some of the major highlights out of the impressive roaster of parties that weekend.

Other notable events include a multi-national house affair with Ricardo Villalobos and Derrick Carter at Cermak Hall, Honey Dijon and DJ Heather showcasing Chicago femme royalty at Smartbar, and a Black Book Records event at Concord Music Hall with Cloonee and MIANE.

You can also get the party started early with Pan-Pot playing at Spybar on Thursday and keep the party going on Monday with Justin Martin on an exclusive yacht. 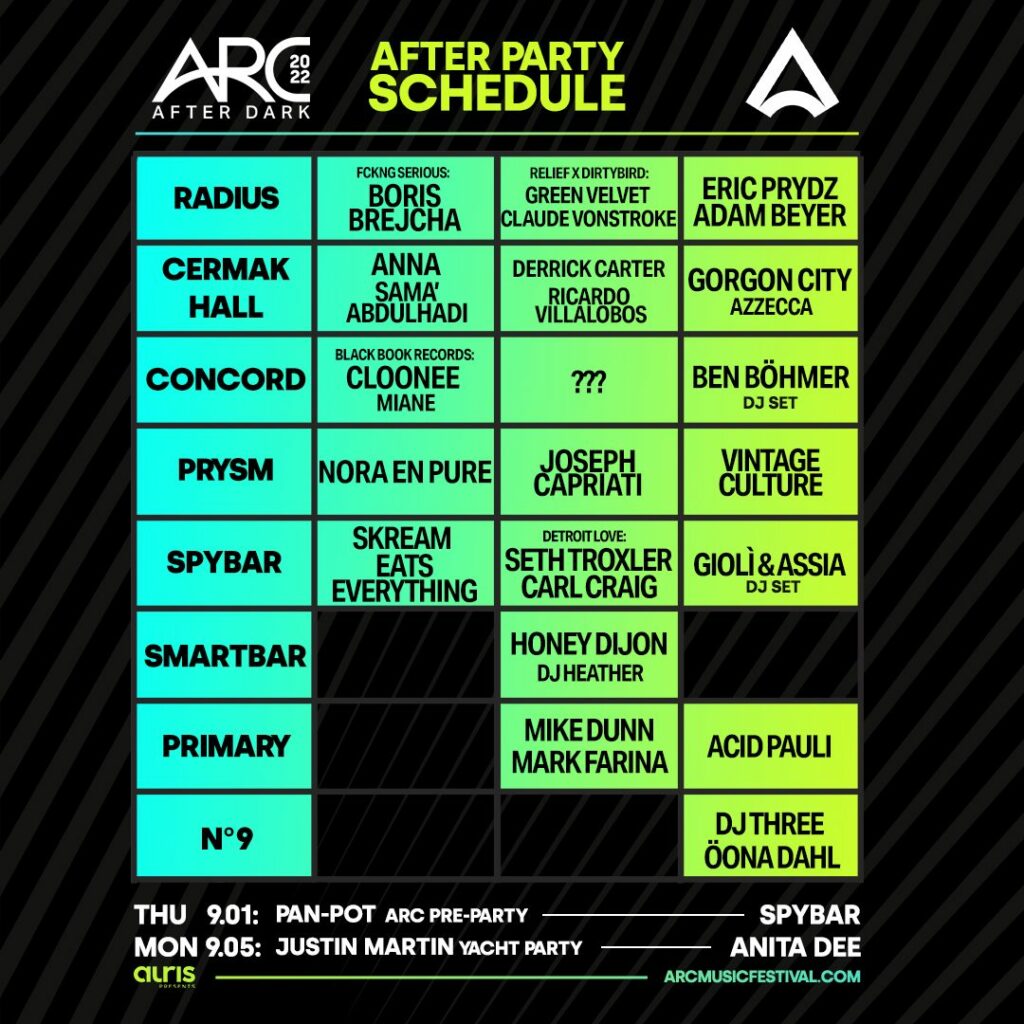 In additional news, ARC has also released the daily lineups for the festival, highlighting which artists will be playing on each of the three days.

The festival will return to Chicago’s Union Park, expanding from two to three days over Labor Day weekend. Tickets are on sale starting March 17th, but you can sign up now for the first crack at them here: 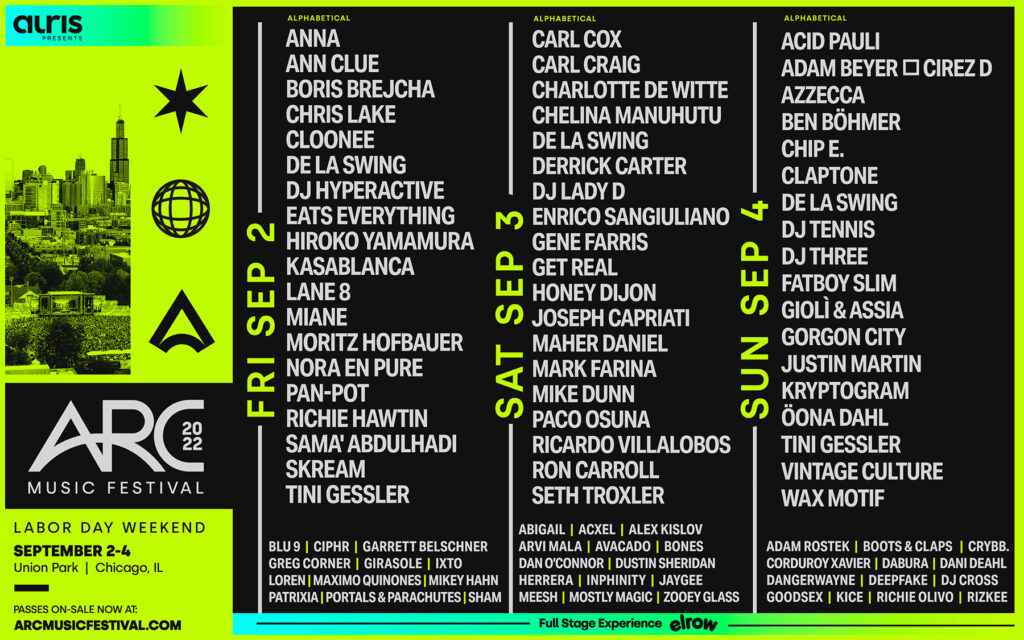