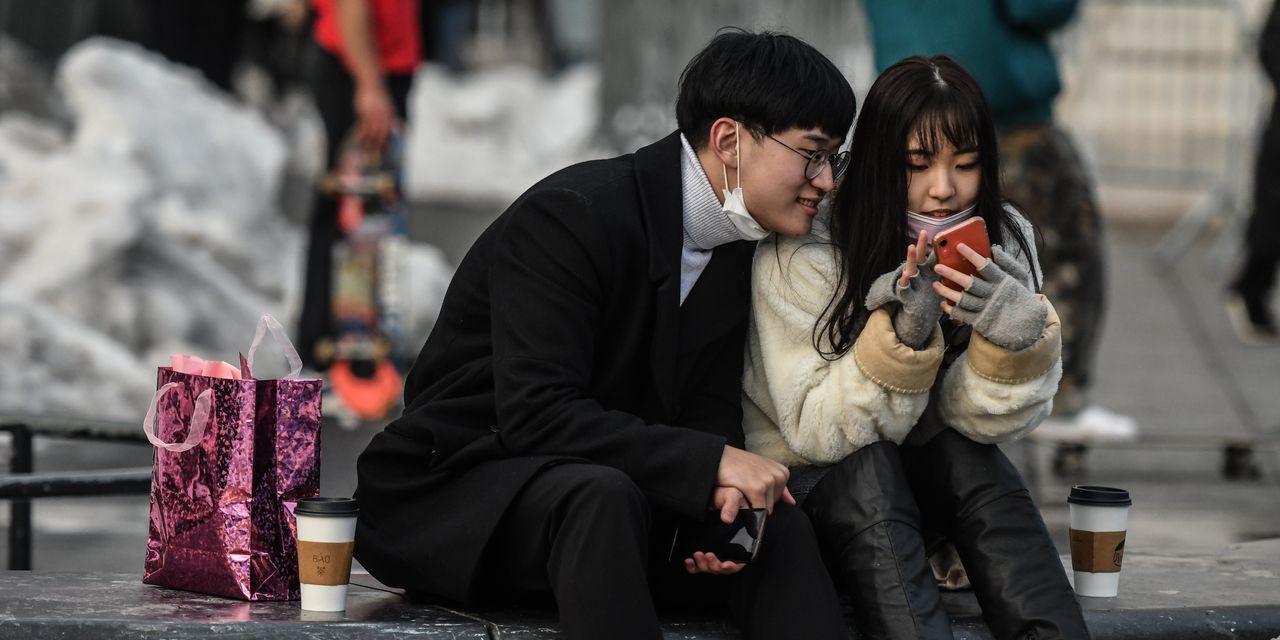 Under Apple Inc.’s AAPL -0.07% new privacy restrictions, advertisers targeting iPhone users will get more data about ad performance if they buy Apple’s ad space than if they buy through third parties, according to ad-industry executives.

The difference could eventually give Apple’s small but growing ad business an edge over rivals, ad executives and app makers say.

Apple’s latest operating system for iPhones has set off a firestorm in the ad industry and beyond by letting users decide whether to let apps track them for advertising purposes—changes that mean companies may soon have less data about who sees their ads. Apps on Apple’s iOS platform must ask users’ permission to track them for advertising purposes.

When targeting users who have opted out of tracking, advertisers who buy ads through third-party platforms will have to wait three days for insights on their campaigns and will receive only aggregate information, such as the total number of users who took an action after an ad, people familiar with Apple’s ad products said.

Advertisers who buy Apple ad space can receive more data about user behavior, the people said. They can learn which version of their ads users saw and which search keywords ads appeared on, they said. Those advertisers will get results nearly in real time, the people said.

An Apple spokesman denied that the company is advantaging its own products and said the data restrictions for ads bought on third-party platforms are needed because some advertisers could use that information to circumvent Apple’s privacy rules and track individual users. Apple’s own ad products can’t be exploited in the same way, the company said, because advertisers on its platforms can only target large groups of people.

Apple’s advertising business consists primarily of search ads on its app store, which won’t be affected by the coming privacy restrictions. Those ad placements mostly appeal to a relatively small subset of advertisers: app makers, which can bid to appear atop search results.

Apple’s app-store advertising is expected to bring in about $2 billion this fiscal year, according to an estimate from Cowen & Co. Last fiscal year, Apple’s total revenue was $274.52 billion. By comparison, Facebook Inc. reported $84.17 billion in ad revenue last year.

Apple is planning to expand its ad offerings and is testing a new ad slot that will be available in the App Store’s “suggested” category, which could be targeted based on users’ interest and audience data, the people familiar with Apple’s ad products said. The Financial Times earlier reported on Apple’s planned ad slot.

Even without more ad space to sell, Apple could fetch higher ad prices if demand for its ad space rises as a result of the privacy changes, ad executives said.

Eric Seufert, an analyst and marketing-strategy consultant, criticized Apple’s plan, saying detailed data on ads’ performance is valuable to marketers. “So it’s not really clear why they would withhold it from” advertisers buying through other ad sellers, he said, “unless they were just really trying to privilege their own ad networks.”

Facebook, app publishers and ad-tech companies have also criticized the changes. In March, France’s competition regulator rejected advertisers’ push to halt Apple’s software update. The regulator is reviewing whether Apple applied less stringent data-use rules to itself than to other services, and has promised a final ruling by early next year.

Apple said it was looking forward to further engagement with France’s competition regulator on the matter. “We firmly believe that users’ data belongs to them, and that they should control when that data is shared, and with whom,” the company said.

Herbert Hovenkamp, a professor at the University of Pennsylvania Carey Law School, said critics will struggle to argue that Apple’s privacy rules violate antitrust laws, since the company says it is motivated by privacy concerns and offers users a choice of whether or not to accept tracking.

Ad executives say Apple could become a big player in the $400 billion global digital-ad industry. The company has gone down that road before. It bid in 2009 on AdMob Inc., a specialist in brokering ad sales on mobile phones, but was beat out by Google. Apple in 2010 launched its own ad network, iAd, which facilitated ad sales in iPhone apps. The business failed to catch on, and Apple shut it in 2016.

“Apple basically almost recused themselves from the advertising ecosystem a number of years ago because it was too small, and they had a perception that it was going to damage the brand of their hardware business,” said Chad Engelgau, chief executive officer of Acxiom, the data unit owned by ad-agency holding company Interpublic Group of Cos. “They are absolutely investing in the advertising business going forward,” he said. “They have a level of control, being a hardware manufacturer, being a content provider.”

In 2018 Apple sought to expand its digital-advertising business, and met with major apps including Snap Inc. and Pinterest Inc. about participating in an Apple network that would distribute ads across a network of participating apps.

The Best Beauty Products We Tried in March

Why you should have your own herb garden