Anne Hathaway carries son Jack in L.A., plus more celebs and their kids in 2021

Wonderwall.com rounded up the best photos of celebrities with their children in 2021, starting with this cute shot… Anne Hathaway carried her youngest son, Jack Shulman, during a Mother’s Day outing in Los Angeles on May 9.

Keep reading for more celebs and their cute kids in 2021…

Kourtney Kardashian and her oldest son, Mason Disick, grabbed some matcha in West Hollywood on May 7.

Simon Cowell and girlfriend Lauren Silverman enjoyed some retail therapy with son Eric at Cross Creek in Malibu on May 8.

Emily Ratajkowski walked around her New York City neighborhood with infant son Sylvester, husband Sebastian Bear-McClard and their dog on May 8.

New mom Emma Roberts headed to lunch with infant son Rhodes in Los Angeles on May 9.

Whitney Port and her son, Sonny Rosenman, enjoyed some ice cream in Los Angeles’s Studio City neighborhood on May 7.

Rebecca Gayheart playfully wrestled with daughter Billie Dane in Los Angeles on May 6.

Chrissy Teigen’s daughter, Luna Stephens, hid under the train of her mom’s dress as they arrived to tape “Global Citizen VAX LIVE: The Concert To Reunite the World” at SoFi Stadium in Inglewood, California, on May 2 ahead of the show’s May 8 air date.

Actress and The Honest Co. co-founder Jessica Alba rang the opening bell at the NASDAQ MarketSite in Times Square in New York City alongside husband Cash Warren and two of their kids, Honor and Hayes, on May 5 to celebrate The Honest Co.’s IPO.

A masked Ryan Reynolds gave one of his three daughters with wife Blake Lively a ride on his shoulders during a walk together in New York City on April 19.

Ciara and Russell Wilson stepped out to grab some food with their youngest child, son Win, in New York City on April 10.

Naomi Watts and son Sasha walked the family dog as they headed to dinner in New York City’s Tribeca area on April 14.

Krysten Ritter went for a walk with son Bruce Granofsky in Los Angeles on April 11.

Actor Henry Golding and his wife, FitSphere founder Liv Lo, went for a walk with their week-old baby after an al fresco lunch in Los Angeles on April 6.

Joshua Jackson carried his daughter on his shoulders while out for a walk with wife Jodie Turner-Smith in New York City on March 27.

Singer Zayn Malik pushed daughter Khai in her stroller as he and her mom, model Gigi Hadid, headed back to their apartment after having lunch at The Smile in New York City on March 25.

Ryan Gosling and daughter Amada held hands as they walked near their home in Los Angeles on March 20.

Jerry O’Connell took daughter Charlie out for dinner and ice cream in Calabasas, California, where she showed him her grades — all As — on a school app on her phone on March 18.

Amy Schumer and hubby Chris Fischer enjoyed a family day with their son, Gene, in New York City on March 11.

Jodie Turner-Smith and daughter Janie Jackson went for a walk in Los Angeles on March 10.

Simon Baker was photographed with son Harry while out and about in Sydney, Australia, on March 7.

Joel Madden and Nicole Richie took a walk along a Los Angeles beach with son Sparrow and their German shepherds on March 13.

Ashlee Simpson treated daughter Jagger Ross to some yogurt from Menchie’s in Los Angeles on March 16.

Liev Schreiber and his youngest child, Kai, ran errands together in New York City on March 10.

Jeff Lewis took his daughter out for some frozen yogurt in Los Angeles’s Studio City neighborhood on March 8.

Aaron Paul was spotted out and about in Los Angeles with daughter Story on March 14.

Elisabetta Canalis and daughter Skyler Perri headed to a park in Milan, Italy, on March 14.

Bradley Cooper masked up to pick up look-alike daughter Lea from school in New York City on March 10.

Adam Brody carried his infant son — his second child with wife Leighton Meester — to a Los Angeles park on Feb. 3.

Pregnant Gal Gadot went on a walk with daughter Alma Varsano in Los Angeles on Feb. 2.

Kate Mara carried her daughter while out and about in Los Angeles on Feb. 9.

Reese Witherspoon and son Tennessee Toth took one of their dogs for a walk in Los Angeles’s Brentwood neighborhood on Feb. 7.

Travis Barker headed out to lunch with daughter Alabama in Calabasas, California, on Feb. 13.

Irina Shayk looked chic while out with daughter Lea Cooper in New York City on Feb. 12.

Jude Law and daughter Iris (with ex-wife Sadie Frost) went on a walk with his new baby (with current wife Phillipa Coan) in London on Feb. 6.

Sara Gilbert and son Rhodes Perry went for a walk in Los Angeles on Jan. 24.

Frank Grillo took his sons out for a Valentine’s Day lunch in Beverly Hills on Feb. 14.

“The Walking Dead” alum Steven Yeun carried one of his two daughters on his shoulders during an outing near their home in the Los Angeles area on Feb. 9.

Tampa Bay Buccaneers quarterback Tom Brady carried daughter Vivian as he walked on stage with sons Jack Moynahan and Benjamin after the Bucs defeated the Kansas City Chiefs to win the Super Bowl LV at Raymond James Stadium in Tampa, Florida, on Feb. 7.

Elsa Pataky had a blast riding the attractions at Luna Park in Sydney, Australia, with one of her twin sons with husband Chris Hemsworth on Jan. 22.

Angelina Jolie held hands with daughter Zahara Jolie-Pitt while out shopping in Los Angeles on Jan. 16.

Natalie Portman gave daughter Amalia Millepied a piggyback ride while out and about in Sydney, Australia, on Jan. 18.

Paula Patton and son Julian Thicke hit the grocery store together in Malibu on Jan. 8.

Nicky Hilton went on a walk with one of her daughters in New York City on Jan. 15.

Kate Mara and Jamie Bell took their daughter out for a walk in Los Angeles’s Los Feliz neighborhood on Jan. 18.

Laura Dern enjoyed a walk by the beach with daughter Jaya Harper in Los Angeles on Jan. 1.

Nikki Sixx and daughter Frankie-Jean headed to lunch in Calabasas, California, on Jan. 10.

Ray Liotta and injured daughter Karsen were seen out and about in Los Angeles on Jan. 9. 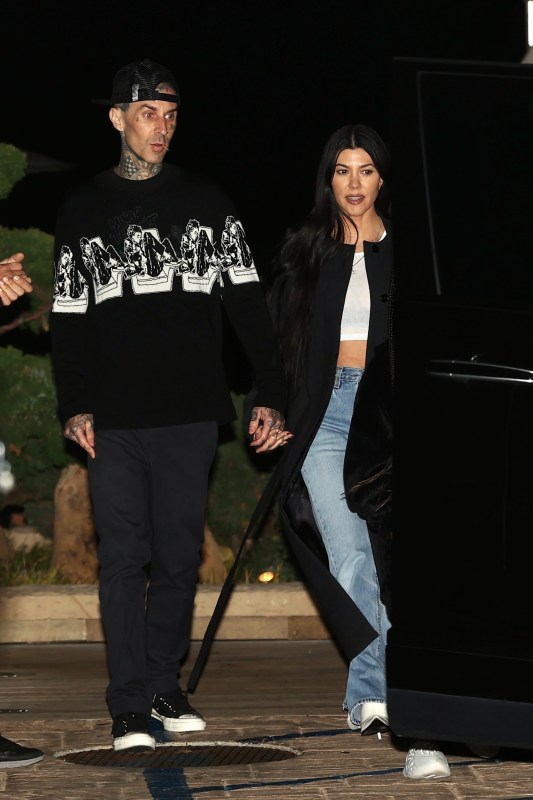 China Sends Nearly 3,800 Tons of Medical Supplies to India, Despite Rising Tensions Between...

Toyota Can Be a Tech Giant Too