Acclaimed rockers ALTER BRIDGE will release their seventh album, “Pawns & Kings”, on October 14 via Napalm Records. The follow-up to 2019’s “Walk The Sky” was once again recorded at Studio Barbarosa in Gotha, Florida with producer Michael “Elvis” Baskette, who has previously worked with SEVENDUST, MAMMOTH WVH and SLASH, among others.

The lyric video for the LP’s third single, the epic track “Sin After Sin”, can be seen below. The clip was created by ALTER BRIDGE visual collaborator Wayne Joyner.

“Pawns & Kings” is comprised of 10 all-new epic tracks that are sure to garner ALTER BRIDGE new fans around the globe while satiating their fervent supporters that have been patiently waiting for new music from the band.

From the opening riffs of “This Is War” to the title track album closer “Pawns & Kings”, ALTER BRIDGE returns with an album of intense tracks that were born after the cycle for their last album was cut short by the global pandemic. Songs like “Dead Among The Living”, “Silver Tongue” and “Holiday” showcase the signature songwriting the band is known for. The album offers numerous epic adventures, with three songs clocking in over six minutes each. The opus “Fable Of The Silent Son” has a running time of 8:29 and is the longest recorded song in the band’s catalog — a distinction held by “Blackbird” until now. Guitarist Mark Tremonti steps out of his backing vocal role to take the lead on “Stay”, an introspective ballad that is sure to become a fan favorite live.

In a recent interview with Ian Danter of Planet Rock‘s “My Planet Rocks”, Tremonti stated about “Pawns & Kings”: “We’re very proud of it. Our producer is absolutely in love with the record. I think if you’re a fan of ALTER BRIDGE, you’ll dig this record. We’re very happy with it.”

Asked if there will be any “heavy” Tremonti riffs on “Pawns & Kings”, Mark said: “There are some heavy riffs on there. And it’s funny because some of the heaviest riffs on the record [ALTER BRIDGE frontman] Myles [Kennedy] brought to the table. Even my producer is, like, ‘I can’t tell who’s bringing what to the table anymore. ‘Cause back when the band started, you were the heavy guy and Myles was the moody guy — [he would bring in] the ballady things — and we’d mix them up. And now you never know.’

“At this point, Myles loves playing guitar solos, and I love singing. So we like to do each other’s roles, because I think he doesn’t feel the pressure as a guitar player because he’s known as a singer; I don’t feel the pressure as a singer because I’m known as a guitar player. So we liked filling the other person’s role. It’s fun.”

Last month, ALTER BRIDGE announced the North American leg of their 2023 “Pawns & Kings” tour. The 30-city trek — split into two legs — will kick off on January 25 in Tampa, Florida and wrap on April 1 in Highland, California. MAMMOTH WVH — the band fronted by Wolfgang Van Halen — will be direct support on the entire tour. Rockers RED will also play on the first leg of the tour and newcomers PISTOLS AT DAWN will appear on the second leg.

ALTER BRIDGE released a seven-song EP, “Walk The Sky 2.0”, in November 2020 via Napalm Records. The effort contained live versions of a few of the band’s favorites from “Walk The Sky” — “Wouldn’t You Rather”, “Pay No Mind”, “Native Son”, “Godspeed”, “In The Deep” and “Dying Light” — as well as one new studio track, “Last Rites”, which was written, recorded and completed entirely during the COVID-19 lockdown.

Tremonti issued the fifth album from his solo band TREMONTI, titled “Marching In Time”, in September 2021 via Napalm Records.

Kennedy released his sophomore solo album, “The Ides Of March”, in May 2021 via Napalm Records.

Tremonti recently partnered with National Down Syndrome Society (NDSS) to release an album of Frank Sinatra covers titled “Tremonti Sings Sinatra”. The LP of selections from Frank Sinatra‘s catalog was made available in May as part of a new charity initiative created by Tremonti called Take A Chance For Charity. Proceeds from the album go to support NDSS and the work they do to advocate for and support individuals with Down syndrome and their families. 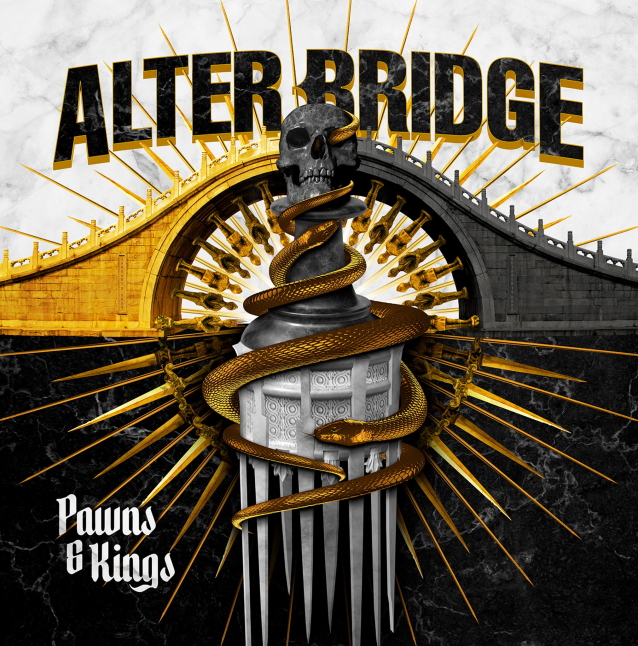 LISTEN: The Archer Releases “All I Want” EP