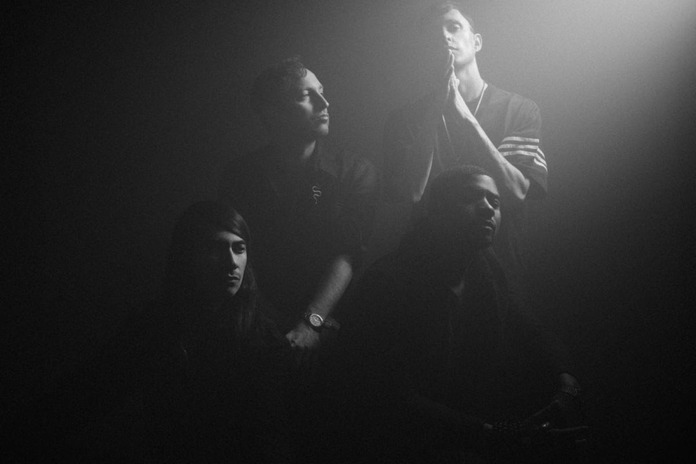 Out Now via Matador

Algiers have shared a video for their new single, “Bite Back.” The single features rappers billy woods and Backxwash. View the Murat Gökman-directed video below.

Band producer Ryan Mahan states in a press release: “Shit’s been so real the past few years, we really needed to grow our community of collaborators and make solid the bonds we’ve always felt, particularly with rap heads. And to have the two best rappers around, billy woods AND Backxwash, on the same Algiers-produced track? Pinch me, for real.”

Vocalist Franklin James Fisher adds: “Ryan showed up one day with this beautifully epic instrumental and said, ‘I’ve got this song and I want to call it ‘Bite Back’.’ It immediately reminded me why I joined this band and the rest of the song seemed to write itself. It’s a classic example of our Lenin-McCartney dynamic.”

Algiers’ most recent album, There Is No Year, came out in early 2020 via Matador.

Read our 2017 interview with Algiers on The Underside of Power.