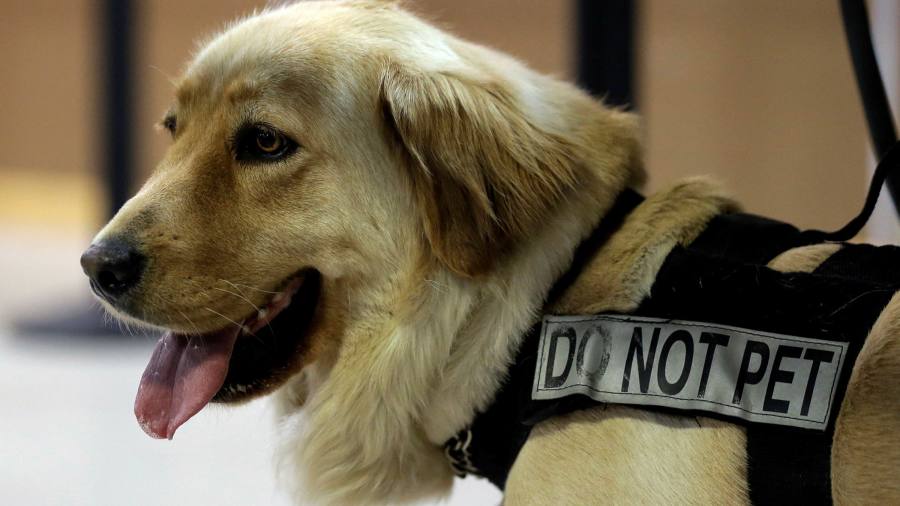 Airlines and logistic groups are racing to snap up sniffer dogs to meet new regulations to screen goods on cargo flights as part of tougher rules to crack down on terrorism.

Demand for K9 or police dogs, able to sniff out explosives, has surged with worries of shipment delays as operators struggle to find animals and X-ray screening equipment in time for a July deadline.

It is the latest threat to supply chains, already strained because of the coronavirus crisis and the online shopping surge that have driven up demand for international shipping.

Air cargo has also been stretched because of the sharp rise in demand for goods at a time when many passenger planes, which usually carry half the freight volumes, remain grounded.

The rules, which mean all goods on international cargo flights must be screened, have been brought in by the International Civil Aviation Organization.

The deadline is causing particular problems in the US where groups were a long way off from meeting the ICAO rules and there was uncertainty over whose responsibility it was to screen the cargo.

It expands existing requirements to check freight in the belly of passenger aircraft in response to a printer cartridge bomb plot in 2010 that targeted two cargo planes bound for the US from Yemen.

“It is going to cause the canine companies to double in size,” said Eric Hare, chief executive of Global K9 Protection Group, who expects to expand his dog handling teams for air cargo to about 225 from 125 by the end of July.

Rival company Cargo Screening K9 Alliance said it had received double the number of quote requests for dogs from air cargo carriers, ground handlers and logistic groups in the first five months of the year compared with 2020.

“The question is will there be enough canines and trained teams ready for the deadline?” said Brandon Fried, chief executive of the Airforwarders Association, a trade body.

When it comes to inflation, how much fortitude does the Fed have?

Although suppliers of the dogs insist there is an ample pool of appropriate animals, the sudden surge in interest means getting them ready in time could prove difficult.

It takes about six to eight weeks and $100,000 to train and deploy a dog with its handler. “There’s enough canines to do the work, but not enough time to get it done,” Hare said.

Express carriers such as UPS said they were prepared well ahead of the July deadline, but smaller air cargo carriers and ground handling agents are more likely to struggle than some of their bigger rivals.

A lack of dogs or X-ray machines by the deadline could cause significant delays, as cargo stacked on pallets would have to be taken apart for screening by humans.

Glyn Hughes, chief executive of The International Air Cargo Association, said sniffer dogs were unparalleled in their ability to detect dangerous cargo. “Canine detection systems are so accurate,” he said.

Although the deadline is too tight to deliver automatic screening systems in time, the tougher security rules are set to trigger a boom in demand for makers of the security scanners as operators seek long-term solutions.

Richard Thompson, industry director of aviation at Smiths Detection, whose X-ray machines are used in airport security, estimates double-digit growth for its £50m air cargo business because of the regulations in an industry with rising demand.

EU and India set to revive talks on trade deal