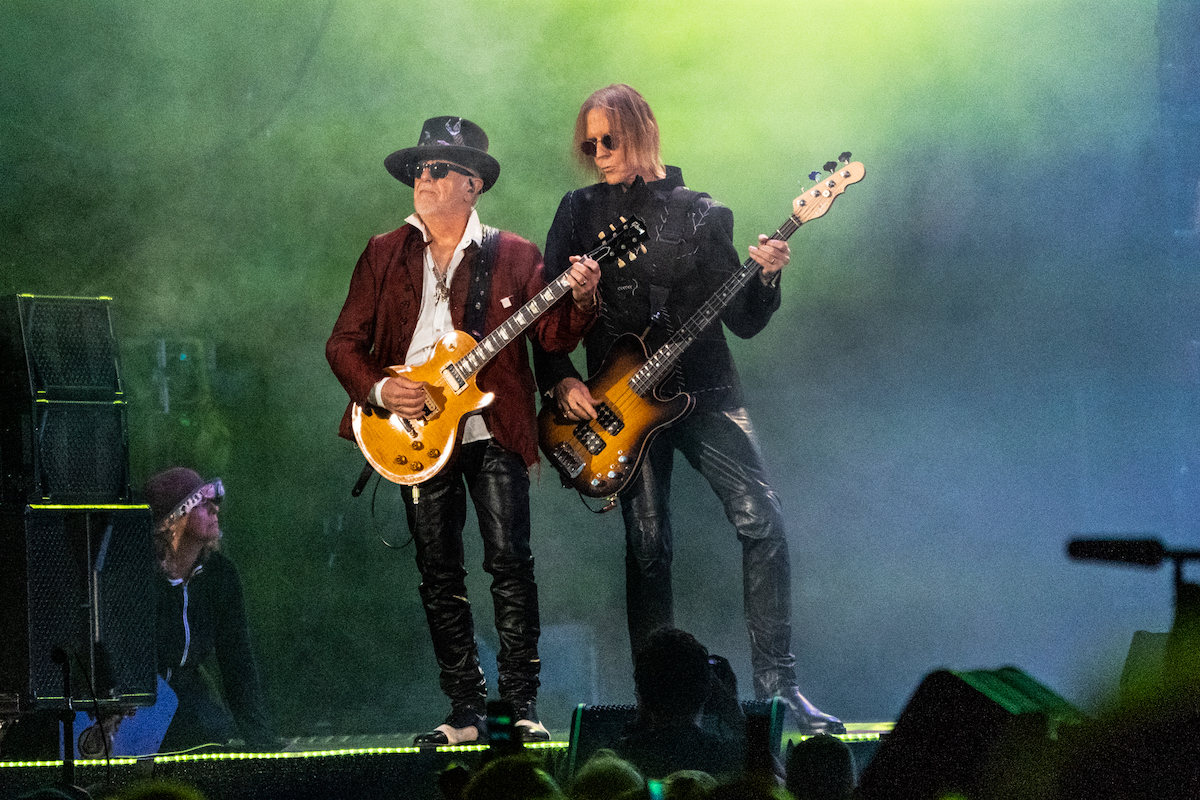 Aerosmith were finally able to celebrate their 50th anniversary in grand style on Thursday night (September 8th) with a hometown show at Boston’s Fenway Park. The concert was originally set to take place in 2020, but was twice postponed due to the pandemic.

The landmark gig marked Aerosmith’s second show back after the pandemic and Steven Tyler’s recent rehab stint kept the band off the road for two-and-a-half years. They warmed up with a concert in Bangor, Maine, this past Sunday (September 4th).

After an opening set by fellow Boston rockers Extreme, the Aerosmith boys kicked off their set with “Back in the Saddle.” Joining original members Tyler, Joe Perry, Brad Whitford and Tom Hamilton for the career-spanning 19-song set was drummer John Douglas, who is filling in for Joey Kramer as he continues his extended leave from the band.

Tyler looked energetic and his voice sounded strong as he delivered favorites like “Mama Kin,” “Toys in the Attic” and “Love in an Elevator.” But it was the first song of the encore that provided the biggest highlight of the night. The singer made his way to the top of Fenway’s famous “Green Monster” left-field wall to sing “Dream On” at the piano, serving up what will go down as a quintessential Boston concert moment.

Tyler then returned to the main stage as the band closed out the show with the all-time classics “Sweet Emotion” and “Walk This Way.”

With the Fenway Park show a triumphant success, Aerosmith will return to Las Vegas to continue their “Deuces Are Wild” residency at the Park MGM’s Dolby Live theater beginning September 14th and running through December 11th. Pick up tickets via Ticketmaster.

See our photos of Aerosmith’s Fenway Park show, as well as fan-filmed footage and the setlist, below.

Photo Gallery – Aerosmith and Extreme at Boston’s Fenway Park (click to expand and scroll through):

All photos by Amy Harris (@thefirst3songs).

Setlist:
Back in the Saddle
Same Old Song and Dance
Rag Doll
Mama Kin
Remember (Walking in the Sand) (The Shangri‐Las cover)
Stop Messin’ Around (Fleetwood Mac cover)
Cryin’
Hangman Jury
Seasons of Wither
Toys in the Attic
Livin’ on the Edge
The Other Side
I Don’t Want to Miss a Thing
Love in an Elevator
Draw the Line
Dude (Looks Like a Lady)
Encore:
Dream On (Steven Tyler performs atop the “Green Monster”)
Sweet Emotion
Walk This Way

Watch: BLACKPINK Wows With Fierce Performance Video For “Shut Down”