It is nice to see he had such a relaxing time at home! 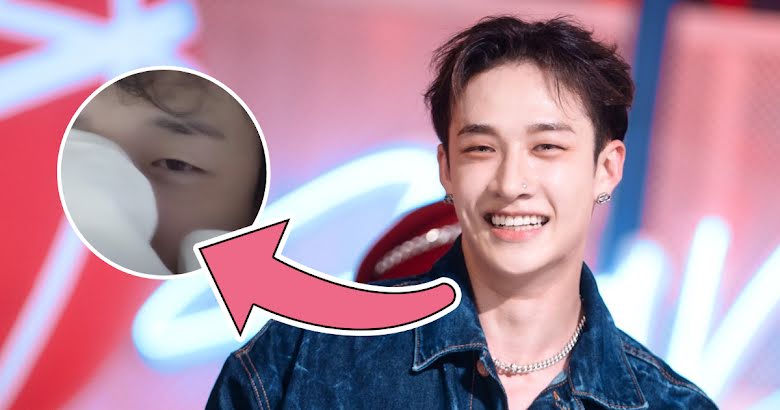 Stray Kids’ Bang Chan recently shared a vlog of the time he spent in Australia visiting his family on vacation! During the 20-minute video, Bang Chan gives fans a look into his life while he was at home and gave off some serious boyfriend vibes in the process.

1. Starting off strong with a cozy good morning.

What could be better than sleepy, barefaced, comfy Bang Chan!

barefaced bang chan is really something else pic.twitter.com/qncMCTX6XU

STAYs are huge fans of Bang Chan’s naturally curly hair, which is usually styled straight. During this part of the vlog, Bang Chan has just woken up, the reason why his hair is in its natural state!

While sitting outside, Bang Chan has a fire going and is breaking pieces of an old chair to throw in. It seems like he can’t resist acting a bit silly as he does so.

CHAN IS SO ADORABLE pic.twitter.com/LOPLXcM6qC

4. Talking about the night sky, then trying to show it to STAYs.

Bang Chan has to know how romantic that is!

5. It’s almost like he’s telling you a story on a video call.

During this part of the video, Bang Chan was explaining Hyunjin‘s freshly dyed red hair was the reason the seat was stained.

6. Cute Moments With His Dog, Berry

Nothing is cuter than a man that loves his dog.

BERRY HIDING IN CHAN’S LUGGAGE WHEN HE HAD TO PACK TO GO BACK TO KOREA ㅜㅜ pic.twitter.com/ISmqgUrc4y

“good girl berry~” the way chan is playing with her and kept saying good girl and you’re so cute I’M CRYING 😭🤍 pic.twitter.com/1xdm9PCcwd

7. Saying Bye With Close Up Shots

As Bang Chan prepared for his flight back to Korea, he got up close and personal with the camera showing off his pretty eyes!

Check out the full vlog below!

6 Times Kang TaeOh Made Us Swoon Over His Exceptional Acting