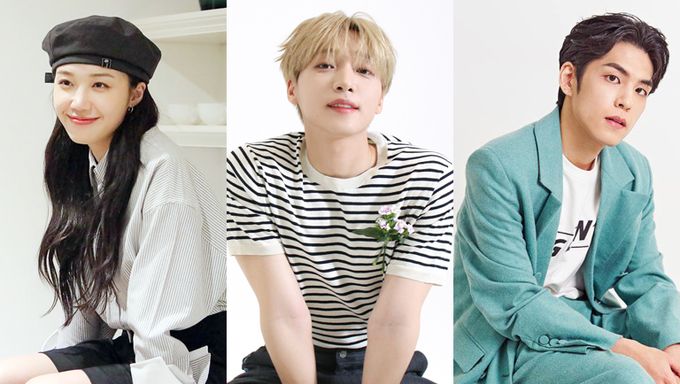 JTBC’s “Begin Again” is a variety show which features established singers from South Korea. These musicians would travel overseas and hold busking events, introducing themselves to people in various countries through their performances. The heartwarming variety show aired on television for four seasons until the online version, “Begin Again Open Mic” launched, uploading videos onto the show’s YouTube channel.

Since it’s inception, “Begin Again” has had many legendary performances that moved the hearts of millions. With the cast’s amazing vocal skills, lovely collaborations, and sincere conversations with the audience, the show has proven to be both entertaining and a source of undeniable warmth, showcasing the raw power of music.

Now, with four seasons and an online version under it’s belt, JTBC’s “Begin Again” has quite the number of videos to look through. To help narrow down your search, here are 7 healing performances from “Begin Again Open Mic”.

TWICE‘s ‘Alcohol-Free’ is known to be fun, upbeat, and the perfect song for summer. But with his honey-like vocals, Jeong SeWoon changes the mood of the song, making the atmosphere more chill and relaxed. The soloist is able to keep the excitement from the original while making “Alcohol Free” completely his own. Just one listen will definitely wash all your worries away.

This song might be over 12 years old, being released in 2010, but NELL’s Kim JongWan and Jo YuRi breathes new life into the track. Kim JongWan’s voice is filled with an unbearable yearning and coupled with YuRi’s smooth, crystal clear vocals, makes their performance a complete masterpiece. There’s a duality to their rendition as it makes your heart ache while simultaneously bringing a sense of peace all throughout your body.

‘It Rains’ is special to WINNER’s Yoon as it was his debut digital single as a solo artist. Longtime fans of the singer can see just how much he’s improved and evolved through this performance. Through audience involvement, stellar high notes, and the song’s comforting melody, Yoon puts on a show that has the ability to remain forever in our hearts.

See Her in a 1930s Period Costume – Billboard

EXO’s D.O.‘s ‘That’s Okay’ is already an amazing song in itself, but Kwon JinAh manages to enhance the track even further. Her version is slower than the original, but suits her breathtaking vocals making her rendition especially sentimental and heartwarming. Kwon JinAh’s performance definitely serves as a reminder that everything will be okay.

“You Were Beautiful” is legendary, receiving much praise from fans and singers alike. Of course, it’s amazing with the full band of DAY6, but WonPil’s solo performance manages to bring the song to another level. His wistful vocals makes the legendary track even more heartbreaking than before, tugging on the heartstrings of all listeners. WonPil’s performance of “You Were Beautiful” has a tenderness that can be felt and appreciated by all.

The original version of the song creates a whirlwind of emotions inside its listeners. But with the addition of Kim Feel’s soothing voice, there is an added depth to the track that leaves you breathless and filled with awe. Kim JongWan and Kim Feel’s performance has the ability to move you to tears, as was the case for the audience of their performance. There definitely needs to be more collaborations between the two.

Although Jeong EunJi is a great actress, she first came onto the entertainment scene as a singer and definitely showed her skills through this performance. At first she sings this song softly, almost in a whisper, but eventually belts out refreshing high notes towards the end. By the end of her performance, you definitely feel relaxed and warm, as if you had taken a shot of soju yourself.

What do you think of these healing performances from “Begin Again Open Mic”? Which one is your favorite? Let us know in the comments!

8 New Albums You Should Listen to Now: Hot Chip, Cass McCombs, and More

50 Cent Announces STARZ Deal Is Over