With the release of “Extraordinary Attorney Woo” Kang TaeOh finally received well-deserved international recognition and became the 2022 K-Drama heartthrob. Unfortunately, right at the peak of his career, the actor is forced to keep his fans waiting as he has just enlisted for military service. Though his execution of Lee JunHo was a breaking point global-wise, he’s already proved his professionalism and charisma in various projects. There are many binge-worthy dramas and movies Kang TaeOh has starred in so far, thus during his absence, we can discover his other roleplays.

Here are Kang TaeOh’s past characters that will make you appreciate his incredible talent:

Even if you have already seen this iconic drama, we are convinced you will rewatch it many times yet, while waiting for the release of the drama’s second season. “Extraordinary Attorney Woo” tells a story of an autistic young woman who becomes an attorney at a law office.

Kang TaeOh’s participation contributed to the drama’s success by truthfully portraying the relationship with an autistic co-worker Woo YoungWoo (Park EunBin) and emphasizing the importance of normalizing disorder conditions. Lee JunHo (the character played by Kang TaeOh) stole the viewers’ hearts for his attentive personality and confidence in his feelings. Through this roleplay, Kang TaeOh displayed his charismatic side and proved his competence in a romantic setting. 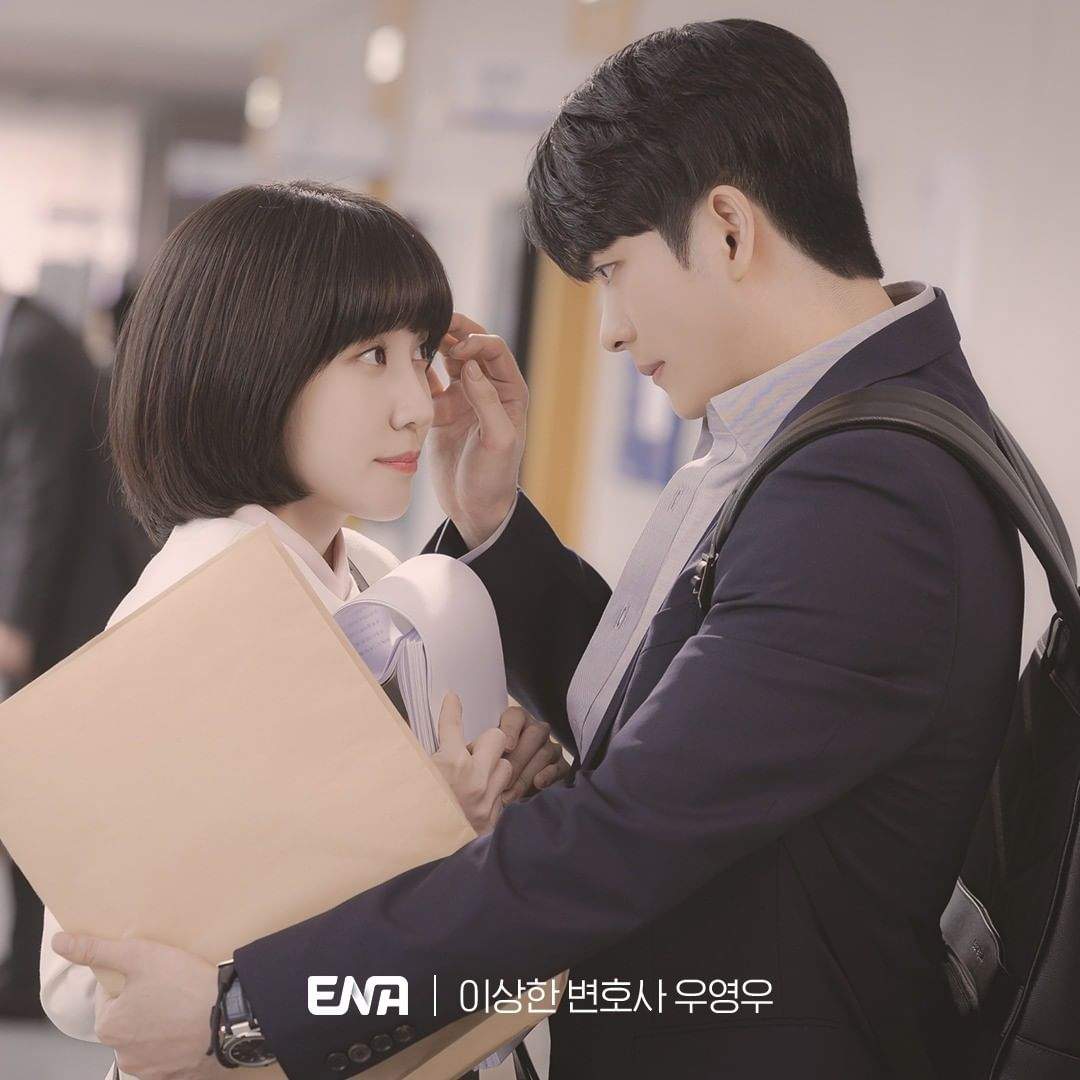 “My First First Love” is a story about a group of college friends who coincidently end up living under the same roof. It overflows with various forms of love, friendship, and other experiences of youth.

Kang TaeOh’s character – Choi Hun – will surely become your beloved character, due to his humorous personality that brights up the room. Besides giggling over his dorky behavior, the viewers were also profound by the character’s passionate journey to achieve his dreams despite his parents’ objection. Kang TaeOh showed his versatility in this coming-of-age K-Drama. 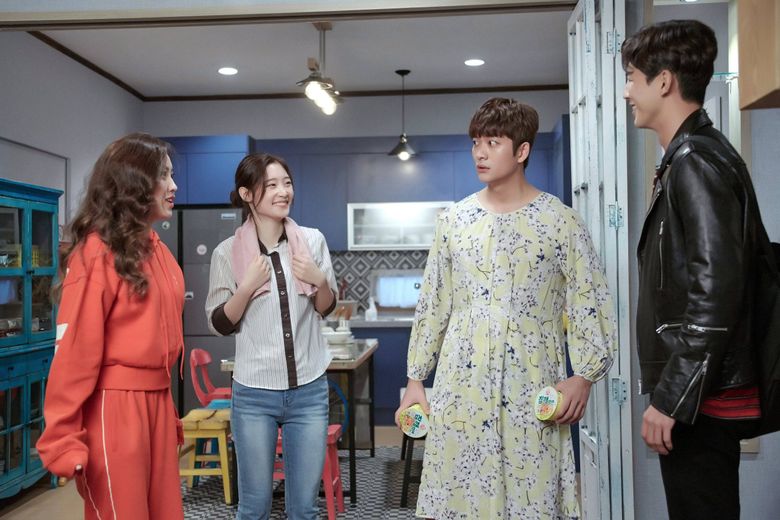 While the main plot of “Doom at Your Service” focuses on the relationship between a dying woman (Park BoYoung) and a mysterious character Myul Mang (Seo InGuk), who’s supposed to grant her last wish, the viewers were also very intrigued by its second leads.

Lee HyunGuy, played by Kang TaeOh, is the first love of a web writer Na JiNa (Shin DoHyun) – who can’t seem to let go of the sorrow she feels because of their breakup. The drama’s fans really loved the story of the 2nd lead couple, as it depicts a painful but true-to-life experience. Despite the questionable decisions of his character, Kang TaeOh was appreciated for depicting his nonfading feeling toward past love and character development throughout the season.

4. A passionate artist in “Run On”

“Run On” is another drama that made Kang TaeOh shine through in his 2nd lead couple part. The plot talks about the romance that sparks between the two couples, who try to take control of their paths and pursue their dreams.

In this drama, Kang TaeOh is a part of one of the most beloved K-Drama concepts – “a noona romance” (“noona” – an older female friend/sibling/lover). In his relationship with businesswoman Seo DanA (Girls’ Generation SooYoung), Lee YoungHwa (played by Kang TaeOh), who is a college art student, proves his maturity despite the age difference. What the viewers loved the most about this drama was how it expressed the influence of 2 seemingly different people on each’s other mindsets. Kang TaeOh perfectly transmitted the youthful vibe of his student character combined with his passion (in art and love) and sense of responsibility.

It would be a loss not to mention the character of “The Tale of NokDu” Cha YoolMoo. He plays a charming prince, who wishes for Dong DongJoo (Kim SoHyun) to reciprocate his feelings. Unfortunately for him, the woman falls in love with Jun NokDoo (Jang DongYoon), a King who goes undercover as a woman in order to protect his life.

“The Tale of NokDu” proves that Kang TaeOh is an excellent cast choice for a historical K-Drama. What made the viewers of this drama impressed by Kang TaeOh’s part was the surprise factor in YoolMoo’s plot. The personality of a handsome prince enabled the actor to undertake a difficult, multidimensional role. The star conveyed various distinct feelings, making the show’s plot feel like a rollercoaster ride for its viewers. Moreover, as the drama is set in the Joseon dynasty era, fans were in awe of the incredible, traditional looks of the actor and the beautiful filming set. 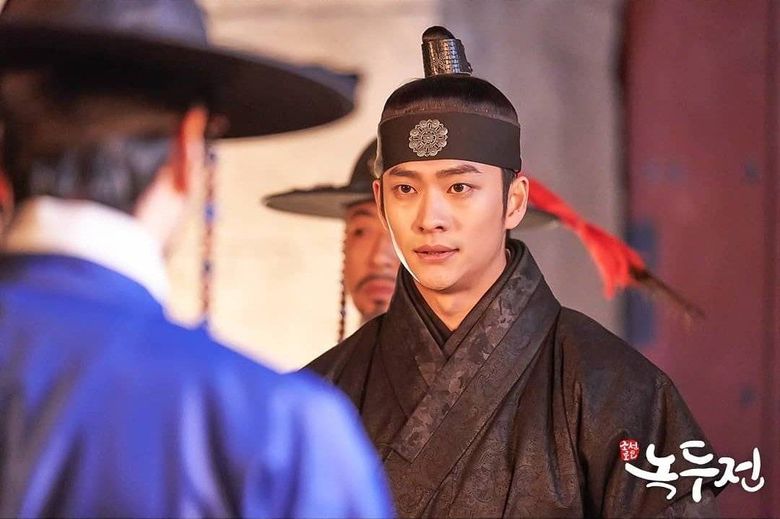 6. Egocentric ex in “The Effect of a Finger Flick on a Breakup”

“The Effect of a Finger Flick on a Breakup” is a TV movie focused on a relationship between Oh Jin (Shin YeEun) and Cha MinJae, who end up splitting up when the woman realizes she is not appreciated by her boyfriend.

This K-Drama shows a very distinct face of Kang TaeOh as an actor. He plays a self-centered character, who is incompetent in expressing his feelings. Despite, the fact that Cha MinJae doesn’t acquire the viewers’ affection, the actor succeeds to do so. He confirms that except for his romantic aura, he can also portray a pretty unlikeable character many of us have encountered on our paths. Moreover, Kang TaeOh transmitted the feeling the tragic ex-lover is going through as he realizes his mistakes. The modern approach and character development made the drama’s viewers identify with the story of “The Effects of a Finger Flick on a Breakup” and reflect on the value of love.

Which one of these Kang TaeOh’s characters impressed you the most? What kind of projects are you wishing to see that actor in after returning from the military service?

Offset Explains Why JAY-Z Is The G.O.A.T.

2Pac Inspired Lords Of The Underground Rapper To Become Councilman