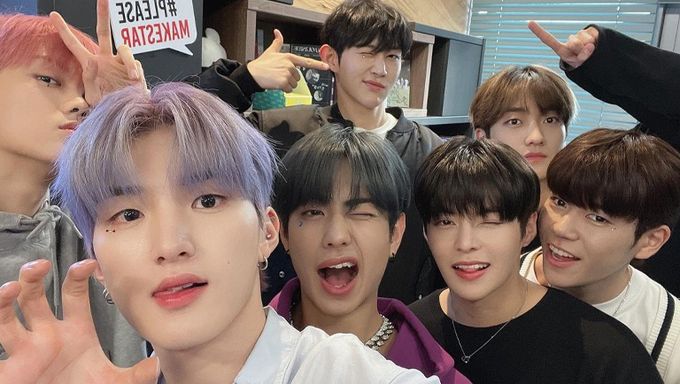 For a relatively new group, Ciipher already has an amazing discography filled with excellent tracks. Their new album fame spotlighted the fact that their songs keep getting better and better. With an album filled with so many great songs, and we are sure it was a tough debate to choose which one would be the title track of the album. This album has clearly not been the only album the talented group has released with B-Sides holding the same power as the title track album. All three albums released so far have seen the idols showcase various layers of their musical artistry and delving into different genres that keep their sound fresh and exciting.

From their amazing discography, here are some of the songs that could very well be perfect for the title track and are certified bops.

This is perhaps a song that conveys the story of their journey so far as idols. With the pain and the struggles, they have started to see the fruit of their labors and are not about to divert from this highway to ultimate fame and success. Aside from the possible meaning of the song, what also makes this a certified bop is how good they sound. Both the rap verses were so well done and infused with adlibs so good and vibey, that it gave it a refreshing and energetic feel, all of which led up to the chorus, the beautiful melodies of their vocals, filled with a power that is not overbearingly loud but just enough to send a bolt of energy to your mind, a motivation to keep going.

With an infectious chorus that will have you singing along, this song infused with a mix of trap and R&B shows off Ciipher’s variable colors and dynamism. It has a more mature sound and style than most of the songs on their discography. But still, it is somehow refreshing to see them delve away from the quintessential boy pop sound and give off something different that makes their album even more interesting to listen to.

The progression of the song is one of the best we’ve heard from Ciipher so far. This pop-rock song with a groovy rhythm is the happy chipper song that would make you fall in love with Ciipher’s boyish charms and youthful sound. It is almost like the feeling of falling in love with your high school crush. It is cute, fun, exciting, and filled with an optimistic vibe that makes you completely happy.

This preppy boy crush energy is one that many enjoy. This sound fits their youthful exuberance giving a nod to the fact that they are young, fun, and cute. It is very light and enjoyable. For one thing, this could’ve also been the title track, it is not overbearingly too cute. It has the mixtures of both a joyful vibe, a sing-along rhythm, a groovy beat, and a catchy chorus.

Ciipher’s ability to showcase different kinds of styles on their albums is one of the reasons that keep it fresh. The song ‘Joker’ from their album “Blind” adds a different but very appealing taste to this album. It is always surprising to hear this kind of song from a boy group that is more known for the pop-rock songs. Clearly, their rap line is great, and with the melodious hook, and the perfectly timed infusion of the instrumentals, this hip-hop song with a high energy rap verse and an infectious chorus, must have been a sure contender for the title track as it is filled with various elements that would’ve made it a perfect choice.

A song from their debut album, “I Like You“. This song has the popular trap sound that many K-Pop boy groups tend to go for these days. But it feels different with Ciipher adding their own unique colors to it. The verses, despite being mainly filled with rap lines, are not too heavy or too fun, they rest beautifully in the middle, making it easy for repeat listening. The catchy rhythm of the chorus is what many would call a vibe today, it is groovy, chill, and yet robust with a gyrating energy that makes you want to dance along. But what seals the deal is the resounding chant at the end, with no giveaway to this incredible feature, the choir-like chorus at the end was the perfect icing on this already sweetly tuned song.

Which of these b-side songs is your favorite? Let us know in the comments section below.

The Biggest Hallyu Market Is Coming To The Philippines In 2022