Chungha really nailed all the questions with good answers! 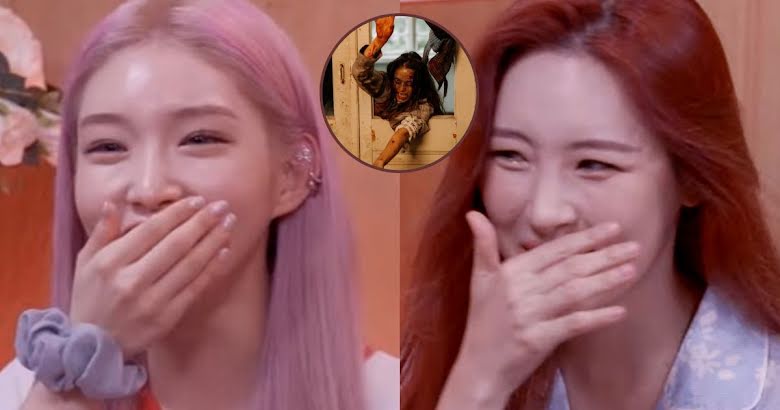 Chungha appeared in Showterview With Sunmi and revealed the true nature of their friendship with her responses to the “What If” game.

Sunmi and Chungha reminisced a bit about their friendship, recalling how they first met six years ago when they met in the same make-up salon before their appearance on Weekly Idol. Sunmi initiated their conversation and even asked for her number before they separated.

The first question was, which would Chungha prefer: being a zombie to bite Sunmi or being a dinosaur to prey on Sunmi? Chungha said she would rather be a zombie so that when she bites Sunmi, they can be zombies together.

2. Turnover the spy for money

Sunmi’s third scenario was if Sunmi had a lottery ticket and gave it to Chungha, what would Chungha do if she won ₩60.0 billion KRW (about $42.2 million USD) from that lottery ticket? Chunga quickly responded that she would share the winnings with her unnie.

Lastly, Sunmi asked, what if Chungha had a boyfriend that did not get along well with Sunmi because he was a cheater? Chungha said in the first place; she wouldn’t date someone with bad boy vibes. Sunmi also said that if she knew the guy was a cheater, she would tell Chungha beforehand.

Although the scenarios were at best funny, Chungha’s answers were well thought out and considerate of their good friendship. It was a good moment to watch the two friends be affectionate and openly praise each other for their achievements.

Catch the full episode of Showterview With Sunmi, with Chungha as her guest, here:

The Clipse Tease The Possibility Of A Reunion Album