In need for some action? Some thrill? A perfect blend of everything? Then “Seoul Vibe” is that movie for you!

“Seoul Vibe” tells the story of a group of friends, including drivers of Sanggye-dong Supreme Team, who join hands with a prosecutor and go undercover to investigate VIP slush funds on the day of the opening ceremony for the Olympic Games in Seoul.

Here is why “Seoul Vibe” is the movie for you!

This article contains some spoilers.

Yoo AhIn is a Korean actor and artistic director. The actor is well known for his role in “Hellbound”, “Chicago Typewriter” and many more. Yoo AhIn appears as DongWook, who is the strongest drifter of the Sanggye-dong Supreme Team. DongWook is fearless and loyal to his team. After being threatened with jail and promised US visas from Prosecutor Ahn PyeongWu, he doesn’t have much choice but to comply. Yet, when he understood the gravity of the situation and the danger his team mates were in, he initially chose to quit. Also, when YoonHee (Park JuHyun) put a barrel on her head, he desperately offered to be the one to be killed instead.

Even to himself as he would never allow anyone to walk over him, be it Galchi (Song Mino) and his teammates or the Chairwoman Kang InSook (Moon SoRi). His confidence makes him irresistibly charismatic. But that is not all about DongWook. He is also often goofy, like his other teammates.

You can’t help but swoon over this new look of Yoo AhIn.

Sudan Archives Is Sailor Moon with a Fiddle: Artist of the Month

“Seoul Vibe” takes the viewers back to the 80’s. Whilst the retro hip-hop vibes please the viewers, the movie focuses on an important part of history. The movie is set on the day of the opening ceremony of the Olympic Games. It is also the time when Korea was shifting from military dictatorship to free elections. In the movie, the team investigates slush funds during the opening ceremony of the Olympic games and discover that the dictator of the time was taking bribes.

Yoo AhIn mentioned during his interview that the movie is a brainless comedy-action movie without any deep message, yet it does highlight important events in history. The movie is a ride back into 1988 Korea as it introduces the hip-hop music of the time and all the trends. 3. A Movie For All Car Lovers

“Seoul Vibe” is a movie for anyone who loves cars. The movie presents car action in a retro style. The cool tricks and skills leave one in awe. The main character, DongWook, dreams of being a car racer and competing in the US. His team has its own custom-made garage. The movie begins in Arabia where he works as a driver to export illegal goods and then soon he becomes a driver under Chairwoman Kang InSook for Arabia of funds.

Most viewers exclaimed that the best part of the whole movie was the car chase by the end of it. In the last half hour of the movie, the team races through the streets of Korea, towards the bright future ahead. 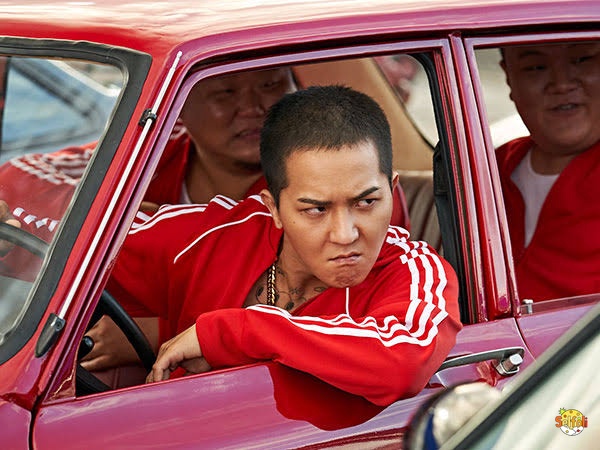 “Seoul Vibe” has much more to offer, with lightheaded comedy, retro aesthetic, thrilling action and a beautifully constructed cinematic experience. The movie has everything interlinked even if it may sound baseless like the role of WooSam (Go KyungPyo), a DJ who creates that helps the team driver faster. It may not seem as a convincing role in the team but has a crucial part by the end of the movie.

Have you watched the movie? If so which is your favorite part?

IU And Crush Shock Each Other With Anecdotes About BTS’s J-Hope, Revealing The Idol’s...